Alpine Knowledge for the Himalayas

Two mountainous nations exchange views: With the support from Austrian Development Cooperation, Bhutan ameliorates the safety and quality of its hydroelectric power plants and, in this way, secures its important electricity exports in the long term. This makes all the difference in the small kingdom in the Himalayas.

Austria has been Bhutan’s strategic partner in all things relating to hydropower for roughly three decades – and the second biggest one, too; in the Bhutanese energy sector Austria comes in second after Bhutan’s powerful neighbour India. Today, Bhutan can claim its status as one of only two carbon-neutral countries. The export of electricity from hydropower, the so-called “white gold”, makes up a third of the Bhutanese state revenue.

The electricity exports that go exclusively to India are paramount for Bhutan’s development. As 8.2 percent of the population live below the national poverty line, Bhutan has yet to “graduate” from the list of least developed countries. Thanks to the economic growth driven by hydropower among other things, it is expected that Bhutan will successfully graduate to become a country with middle income in 2023.

But advancing hydropower in Bhutan has its risks; the Himalayas are seismically more active than the Austrian Alps. In fact, the kingdom lies in one of the most earthquake-prone zones in the world where the Indian and Eurasian tectonic plates meet. These small movements can spell a deadly end for the population of Bhutan if a tunnel collapses or dams break. Beyond these risks, the effects of climate change, such as the melting of glaciers, endanger Bhutan’s sensitive environment. If those risks are noticed in time, they can be mitigated or avoided, and people, power plants and the environment can be protected. Austrian expertise and funding makes this possible.

Measuring the Movement of Mountains – with Technologies and Experience from Austria

Together, the Austrian engineering firm BERNARD and the Bhutanese power company "Druk Green Power Corporation Limited" installed the first 3D measuring instruments in dams and underground workrooms of power plants. Thanks to these instruments, mountain movements in the Basochhu and Dagachhu power plants, for example, were detected in time to prevent structural damage with serious consequences.

“For almost 30 years we have been passing on our knowledge from Austria to Bhutan – from engineers for engineers if you will. These trainings aim at conducting, analysing and correctly interpreting measurements. That is pivotal for the safety of power plants and people,” says Wolfgang Holzleitner, Division Manager for Tunnelling and Geotechnics at the BERNARD Group.

“Austria is, similarly to Bhutan, a small country and, in comparison, a small donor. That being said, the small kingdom in the Himalayas has still chosen Austria as its official development partner. Our cooperation shows which kind of impact a long-term, continuous partnership linked to proven expertise can have. Austrian know-how in hydropower played a key role on Bhutan’s path to more wealth and better living conditions. Today, Bhutan has state-of-the-art technologies and knows how to use them,” emphasises ADA Managing Director Martin Ledolter. Austrian Development Cooperation has invested more than 19.8 million euros in Bhutan’s energy sector since 1992. 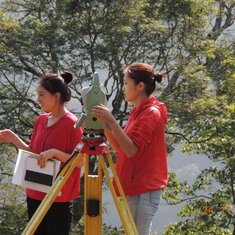 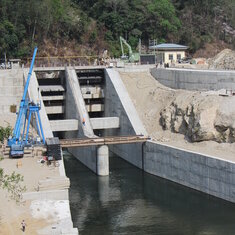 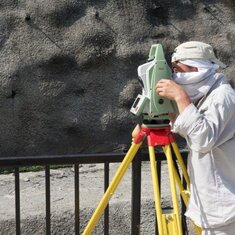