Clean energy as an engine for development

ADA supports six centres for renewable energy worldwide; another one is in the planning stage.

The first regional centre for renewable energy and energy efficiency opened in 2010 in West Africa. In the meantime, five additional energy centres have been established in East Africa, Southern Africa, the Caribbean, the Pacific Region and Central America. ADA supports these centres with about 12 million euro. Another centre in the Himalayas is currently in the planning stage.

Renewable energy centres ensure the development of local capacities: Local experts are trained, legal and political framework conditions are improved, pilot projects are carried out and awareness for sustainable energy sources is built. In this way, countries receive the necessary support to pursue a low-carbon and energy efficient development. At the same time, this contributes to greater sustainable energy supply and use, as well as to climate protection in partner countries. "Our goal is to support our partner countries in accomplishing their own energy policy objectives", explains Martin Ledolter. Amongst these goals is to reduce countries' import dependence on oil and gas as well as its fossil fuel consumption and to improve energy security.

More than 80 ministers and heads of state from various developing countries support the network of regional energy centres.

Austria in a pioneering role

In cooperation with UNIDO and Spain the Austrian Development Agency supported the creation of the first regional centre for renewable energy and energy efficiency (ECOWAS Regional Centre for Renewable Energy and Energy Efficiency - ECREEE) in Cape Verde. The centre was opened in Praia in 2010 and is managed by the Economic Community of West African States (ECOWAS). In the meantime, the centre has become an internationally renowned centre of competence. It supports West African countries in the elaboration of national energy policies. Also, the centre provides data on potentially lucrative investment areas in the field of renewable energy. The Austrian Development Agency contributed 6.2 million euro to ECREEE.

Based on the ECREEE model, the East African Community (EAC) founded its own regional energy centre EACREEE (East African Centre for Renewable Energy and Energy Efficiency) in 2012. The Ugandan capital, Kampala, was chosen to be the headquarters. Indirectly, the 133 million inhabitants of the organisation's five member countries Kenia, Uganda, Tanzania, Ruanda and Burundi, benefited from the establishment of the centre. The Austrian Development Agency supported the energy centre with about one million euro.

In 2014, ADA and UNIDO laid the foundation for the creation of the Caribbean Centre for Renewable Energy and Energy Efficiency (CCREEE). Its objective is to assist the 18 islands countries in reducing its dependence on imported fossil fuels. ADA supports the centre with 2.1 million euro.

In April 2017, the Pacific Centre for Renewable Energy and Energy Efficiency (PCREEE) was founded on the island of Tonga. The new centre serves as a regional hub for sustainable energy and climate change mitigation. PCREEE is located in the Tongan capital Nuku'alofa and is managed by the Pacific Community and the Tongan government. The Austrian Development Agency supported the creation of the centre with 600.000 euro.

In November 2017, ADA and UNIDO signed an agreement on initial funding for the first operational phase of the new Central American Integration System Centre for Renewable Energy and Energy Efficiency (SICREEE). ADA supports SICREEE with 600.000 euro.

Currently, ADA supports the preparational phase of an energy centre in the Himalayas with about 100.000 euro. 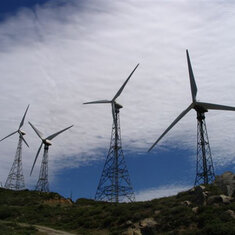 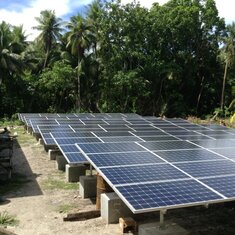 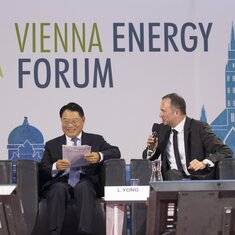