Helping people to help themselves

The paramount challenge in rural areas of Kosovo is to create jobs and income opportunities for the local population. For three years now, the Austrian Development Agency (ADA) and the United Nations Development Programme (UNDP-Kosovo) have successfully been joining hands to work towards this goal. So far, 325 micro and small enterprises in rural areas have been supported and 750 new jobs created. In total, 2600 people have benefited from the first phase of the project. In early February 2017, the second phase of the "Integrated Territorial Development" project, InterDev2, was officially launched. ADA contributes an additional 1.65 million euros to the follow-up project.

In addition to the municipalities Dragash/Dragaš and Shtërpcë/Štrpce, InterDev2 now includes Viti/Vitina as third participating municipality. Working closely with a number of public, private, and non-governmental sector partners, ADA and UNDP will create some 700 jobs and will improve living conditions of 3800 people until 2020. To achieve these goals, ADA and UNDP provide financial support for rural small businesses and farming enterprises, specialized training for civil servants and assistance for cooperatives.

Jobs for citizens at risk of socioeconomic exclusion

"This project is an excellent example of successful help to self-help", explains Gunther Zimmer, Head of ADA's foreign office in Kosovo. "We were able to support, both directly and indirectly, thousands of people in the first phase of the project. Now people have actual prospects in the local labor market and are not forced to migrate. This is truly a success story of development cooperation", says Zimmer. Likewise, within the framework of InterDev1, three "social enterprises" were established, thus creating employment opportunities for citizens at risk of socioeconomic exclusion. 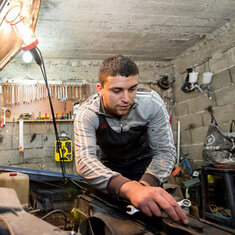 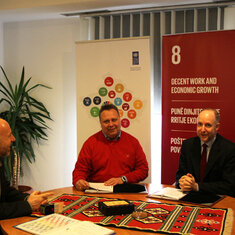 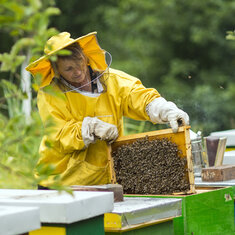