Success for Women in Kosovo

In the beginning of April 2017 the Government of Kosovo launched a new strategy plan on domestic violence protection. Diverse institutions and civil society organisations were included in the drawing up process. The Kosovo Women's Network (KWN) was one of them, actively engaging in the working group and preparing recommendations. More than 70 percent of the data and recommendations made in the latest report of KWN (No More Excuses) are incorporated in the strategy plan. "The partnership between the government and civil society organisations has led to an improved strategy", observed Chief Executive Officer of the Agency for Gender Equality, Edi Gusia. She furthermore emphasises on implementing the strategy on both national and municipal level.

Since 2012, the Austrian Development Agency (ADA) has been providing support to KWN, enabling the network's research, ongoing advocacy initiatives and awareness-raising efforts, addressing domestic violence and other forms of gender-based violence in Kosovo. One major goal of KWN is the active inclusion of women in politics and decision-making processes as well as strengthening the public awareness for gender-based violence. ADA's support amounts to 752,800 euros and benefits - among others - more than 3,600 women, girls and children, 86 member organisations of the network, 230 women from politics and civil society as well as civil servants and vestrymen and women. 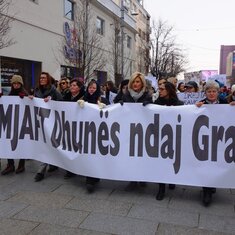 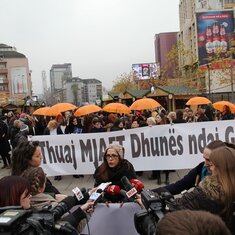