On 29 September 2016 the Organic Agriculture Support Initiative (OASI) presented the 18 successful applicants which were granted with funding and announced additional support to Armenian small farmers and farmer groups.

In his speech the Minister of Agriculture Arakelyan noted that Armenia has a great potential for the development of organic agriculture. Supported by the Austrian Development Agency and the European Union the Organic Agriculture Support Initiative aims at promoting the development of small and medium-sized producers and processors through Grant Scheme and technical assistance. The project will also promote the development of local market and expansion of export opportunities.

The backbone of organic agriculture

"It is small farmers in particular that are the backbone of organic agriculture. By providing input supplies and technical support with European funding, we hope to convince more and more farmers to go organic", added John Barker, International Aid/Cooperation Officer of the EU Delegation to Armenia. The Small Farmer Support Programme will be implemented within OASI throughout Armenia, where small-scale farmers, farmer groups and small-scale/home based processors will be involved. Applications are due by 31 October 2016.

Earlier this year 72 Grant Applications for funding were received, out of which the best 18 projects were selected for an overall funding of more than 800,000 euros. "These projects funded within the OASI Grant Scheme comprise all regions of Armenia. Tasty organic honey, fruits, berries, herbs, olives and wine will inspire others to produce organically", Martin Ledolter, Managing Director of the Austrian Development Agency (ADA) stated.

The Organic Agriculture Support Initiative (OASI), a project funded by the European Union and co-funded and implemented by the Austrian Development Agency (ADA), the operational unit of Austrian Development Cooperation (ADC), aims at further developing organic agriculture in Armenia. The initial success of the organic products on domestic and international markets will be enhanced by improving the policy and regulatory framework and providing comprehensive marketing support. The total budget is 3.3 million euros.

The OASI project establishes linkages with Armenian buyers and interested European and other international companies. In addition, Armenian organic producers get a chance to participate in international organic trade fairs. Support functions, i.e. extension and certification services will be further developed through demand-driven trainings and strengthening of existing local organizations. Financial support, training and input supply for farmers' groups, cooperatives, and processing units as well as other actors along the value chain is being provided, leading to a significant increase of organic actors and volumes. 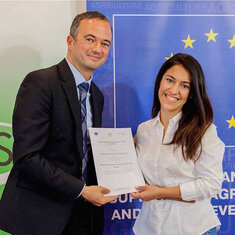 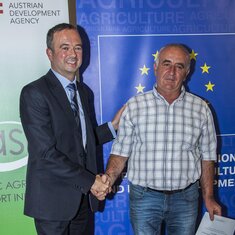 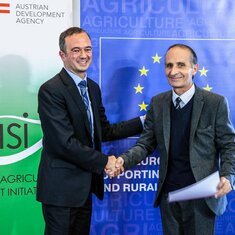