Towards an optimistic future

In Moldova‘s vocational schools, a sense of confidence is in the air. Modernised curricula and practical training help young people find jobs and build a life in their home country.

Daniel Frumusachi pulls the cork out of the bottle. A soft pop echoes through the classroom. The young man pours some red wine into a glass. Not much, just enough to taste it. Despite his young age of only 19 years, the viticulture student is already a trained sommelier. He is enthusiastic about Austrian wine, especially Riesling and Grüner Veltliner.

The Moldovan youngster with the prominent glasses is also exceptionally skilled at “sabering”, an art that is said to date back to Napoleonic times. Daniel opened 49 champagne bottles with a saber in only 30 seconds. Last June, his achievement was officially certified by Guinness World Records. It is the first record in his country.

Daniel is studying at the National College of Viticulture and Winemaking in Stauceni about 3km north of the capital Chisinau. The competence centre was founded in 2016 and forms part of the oldest agricultural school in Moldova. "We are an institution with long-standing traditions that we have preserved to this day," headmaster Sergiu Zabolotnyi says proudly. Nonetheless, there is still a lot to do in terms of curricula, equipment and trainings for teachers, he emphasises.

Lagging behind here and there

Moldova needs to catch up in many ways. The small republic is one of the poorest countries in Europe. Rural regions are particularly affected. Despite their training, especially young people fail to find employment. Often, all that is left is to move abroad. In the past ten years, more than a third of the working-age population has left the country.

The EU and Austrian Development Cooperation want to reverse the trend by closing the gap between the Moldovan education system and the requirements of the labour market. Together with the educational centre PRO DIDACTICA, they enhance vocational training in the agricultural sector and ensure that it is aligned with European standards. The school in Stauceni is only one of numerous training centres that benefit.

Modernised curricula, trainings for teachers and new equipment are also needed in the IT sector where Austria and PRO DIDACTICA closely collaborate with the private sector. During their training, around 600 students are being prepared for the needs of IT companies. On top of that, they get to deepen their knowledge through internships.

Alexia Dintiu is studying at the Centre of Excellence in Informatics and Information Technology in Chisinau. Her father, an informatics teacher, encouraged the 17-year-old to take this step. "My father said that IT is the future," says the young woman. She doesn't regret her decision. "We know for sure that we will get a job in the IT sector," she says, confirming her wish to stay in Moldova.

Daniel doesn’t consider turning his back on his homeland either: "I’m doing what I’ve always wanted to do." The young sommelier already has his next goal in mind: his very own shop for wine and cider. 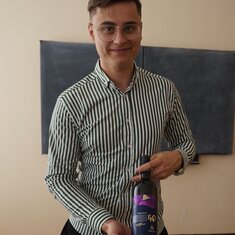 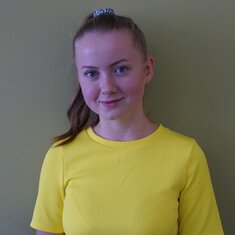 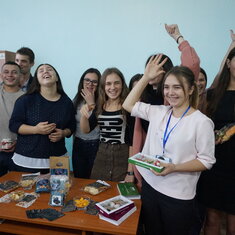