Animal husbandry is an important sub-sector of agriculture in Georgia - especially in the mountainous Racha-Lechkhumi region. Farmers here have raised swine for centuries, using mountain pastures and local forest resources. Smoked ham produced here is a specialty known all over the country. Despite the long traditions productivity was relatively low, though, due to obsolete equipment, outdated production methods, and repeated outbreaks of animal diseases such as African swine fever.

Swine husbandry and traditional smoked ham production are the focus of a pilot project lunched last year by FAO in the Racha-Lechkhumi region of Georgia, with financing from the Austrian Development Agency (ADA). All farmers and cooperatives registered in Racha-Lechkhumi were eligible to apply for a for a swine farm renovation grants or for grants to renovate outdated ham smoking facilities. With the support of the project 12 pig producers in the region were able to modernize their farms, introduce the new methods, and build the new ham smoking facilities. In addition to grants, the project conducted trainings to enable Racha-Lechkhumi farmers to improve hygiene and sanitary standards for swine husbandry and ham production..

Besides the pig and ham producers, mushroom and wine producers, bee-keepers and bee-hive producers were supported with tools, equipment and trainings. Those pilot initiatives became the vivid example for the local population on what can be done with proper vision and planning, minimal investments and dedicated work. In total, 60 families (300 beneficiaries) were supported within that pilot project.

This project was implemented by FAO and financed by ADA. The project, in addition to direct financial aid, aims to support rural development in Georgia, which is one of the priority directions of the Ministry of Agriculture. 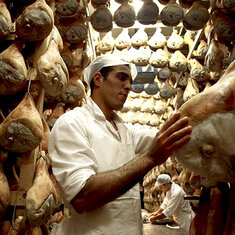 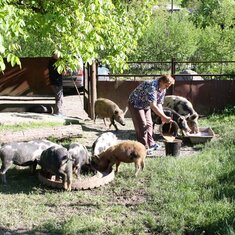