Austria has made significant contributions to humanitarian aid worldwide for a considerable amount of time. For instance, the Austrian Study Center for Peace and Conflict Resolution (ASPR) has been engaged for over 7 years in a joint cooperation with the Austrian Development Agency (ADA), the Federal Ministry for European and International Affairs (BMEIA) and the Federal Ministry for Defense and Sport (BMLVS) in strengthening the local and regional peace and security capacities in West Africa.

In addition to economic and political fragility, the Western Africa region is particularly threatened by climate change and terror. Further, the region is also struggling with the consequences of the Ebola epidemic. Together with the Ghanaian partner "The Kofi Annan International Peacekeeping Training Centre" (KAIPTC), Austria offers tailor-made training for this region on the subject of humanitarian aid and civil-military cooperation in Accra/Ghana. The course participants originate from civil society, police and the military and learn to effectively and coordinately help in the event of a crisis. Since 2017, trainers from the region are also being educated. They transmit their acquired knowledge to their countries of origin and thereby contribute to strong institutions and increased stability in West Africa.

Through the broadest possible participation, local self-responsibility and social resilience shall be reinforced in West Africa. Since 2015, 164 emergency personnel from 27 countries, including 74 women, have been trained in the region. The last course took place between October 7th and 18th 2019 in Accra. More classes are scheduled for March 2020.

The project is funded by ADA as part of a state-wide approach. It is supported by the Austrian Federal Defense Ministry which seconded a course director to KAIPTC. The close cooperation between the Austrian Study Centre for Peace and Conflict Resolution as a civil society organization and ADA, the Austrian Foreign Ministry and Federal Defense Ministry as national institutions contributes to the implementation of the Vienna 3C appeal and the strategic guidelines on security and development. KAIPTC is one three training centers of the Western African regional organization ECOWAS (Economic Community of West African States) for the education of military, police and civilian forces in peace missions. In this way, this cooperation makes a sustainable and state-wide contribution to peace and security in West Africa. 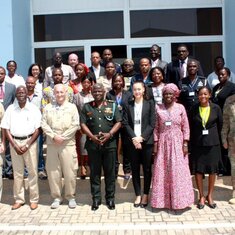 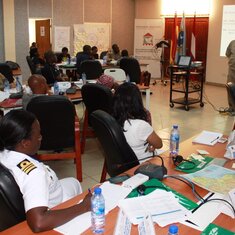 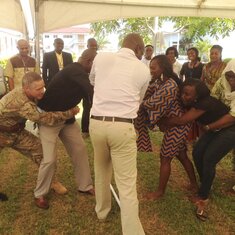 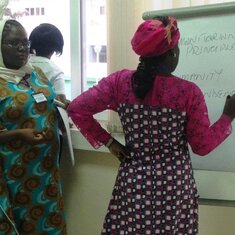