Despite Mozambique's impressive economic growth rate over the past 20 years, chronic undernutrition and food insecurity are still highly prevalent, especially in Sofala, one of ADA's priority regions. Paradoxically, subsistence farmers, who are responsible for more than 90% of the food production in the country, are among the people most affected by malnutrition. This is due to low levels of production and productivity and small cultivation areas with an average of only 1.4 hectares per farm.

This is why the Austrian Development Agency (ADA), together with the Ministry of Agriculture and Food Security, provides equipment and training to "Extensionistas" like Isabel Tivana. She trains farmers so they can improve the production, processing and marketing of their crops.

Thanks to Isabel, the agricultural association "United Women of Maronde" in the district of Chibabava could increase its potato production, while implementing environmentally friendly, sustainable methods of cultivation - called "agricultural conservation" - at the same time.

"Isabel comes two times a week to teach us how much space we should leave between the plants and how we can conserve the moisture of the soil using hay," Emma Jossias, the head of the Association says.

ADA also provides farmers with seeds and facilitates the construction of post-harvest facilities like silos and small irrigation systems, which had an additional side effect besides increasing the Association's production:

"A lot of accidents happened and we even cried over some deaths due to crocodile attacks. Thanks to the irrigation system, we don't have to go to the river anymore to fetch water for our fields," Emma Jossias explains. Emma appreciates the support and shares it with her community: She offers food to the poorest and takes in orphans.

Thanks to the ADA project, over 4,000 producers in Sofala now benefit from 80 post-harvest silos, and 280 members of local associations can make use of eight newly built irrigation systems. In addition, 156 Extensionistas assisted over 95,000 producers, who now can pass on technical knowledge to other farmers within their community. 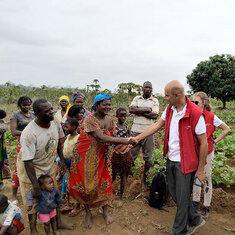 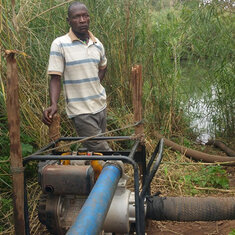