About half of the Armenian population works in the agricultural sector. Most of them are smallholder farmers with limited know-how and without appropriate equipment. The European Union (EU) therefore assigned the Austrian Development Agency (ADA) to implement the Organic Agriculture Support Initiative (OASI) in Armenia. The main objective of OASI was to promote organic agriculture in the small country located in the South Caucasus. The number of farmers transitioning to organic farming rose steadily as they were provided with much-needed machinery and financial assistance. Within the scope of the EU project, the legal framework for organic agriculture in Armenia was revised and national standards were adapted to international organic standards.

Achieving goals together: support from the EU and ADA

In September 2015, the large-scale project was launched. For three and a half years, ADA implemented the EU initiative worth 3.3 million euros in cooperation with a project team in Yerevan and the Armenian Ministry of Agriculture. The Austrian Development Cooperation contributed 500,000 euros to the total budget. OASI is considered a pioneering project in two ways: So far, it has been the largest initiative of its kind ever managed by ADA for the EU in Armenia. Secondly, it has been the first cooperation in the country with ADA being both donor and implementing partner. In March 2019, the closing ceremony was held in Dzoraghbyur, Armenia. On this occasion, Piotr Świtalski, Ambassador and Head of the EU Delegation in Yerevan, Garnik Petrosyan, Armenian Deputy Minister of Agriculture, and the ADA staff also celebrated the opening and expansion of two so-called "Green Training Centres" in the provinces of Kotayk and Tavush.

Twice as many organic producers

"In 2015, we set out to unite, strengthen and expand the organic sector in Armenia. I am delighted that the number of organic producers has doubled since. Tasty organic products from Armenia also caught the attention of international buyers at trade shows in Dubai, Germany and the United Kingdom. Orders worth more than half a million euros were placed as a result," David Muckenhuber, ADA project team leader of OASI in Yerevan, announced upon the successful completion of the project.

OASI contributed significantly to implementing the Armenian Sustainable Agriculture Strategy. The initiative supported 45 farmers and processors in switching to organic farming and boosting the marketing and distribution of their products. Not only have 680 jobs been created over the past three and a half years, but also sales of the project's beneficiaries have increased substantially.

Awareness of organic food increased by 40%

OASI supported the participating farmers both in positioning their products in local and international markets and in entering new markets. Berries, honey, dried fruits, herbal teas and organic fertilisers - OASI comprised a wide range of products with a new branding and packaging. Marketing campaigns such as "Organic September" also increased the awareness of the advantages of organic food by 40%. On top of that, a new curriculum for organic agriculture was implemented in Armenian agricultural schools. This way, and by using textbooks and training materials, Armenia trains its future agronomists. Last but not least, the founding of the Agricultural Association "Organic Armenia" was another milestone of the project. Its goal is to provide certified farmers with a strong and unified national voice.

"Every end is a new beginning. ADA is a reliable partner of the EU in the field of agriculture as we proved not least with the success of OASI. We will continue to support the expansion of organic agriculture in Armenia. We are currently working with the EU on another - and even bigger - project," Gerhard Schaumberger, the head of ADA's local office in Yerevan, emphasised.

This video shows how local people in Armenia benefit from OASI. 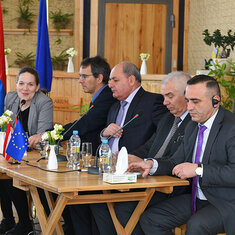 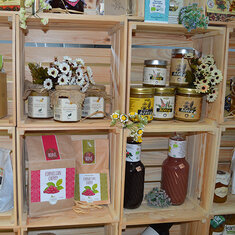 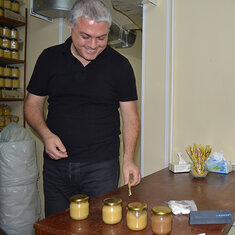 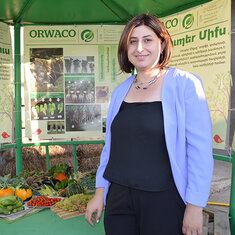