Amount of project funding per topic
Number of projects 5
Sum of contract amounts 5.453.750
people benefit from projects in the field of . (Multiple counts can not be excluded)

Development cooperation between the Kingdom of Bhutan and Austria began in the early 1980s. The Austrian Development Agency (ADA) has maintained a field office in the capital, Thimphu, since 1992. Cooperation focuses on sustainable energy supply and strengthening the rule of law.

Besides economic development, the government of the country on the "roof of the world" is primarily concerned with preserving its national cultural identity and protecting the environment. Gross National Happiness is a crucial, much-cited concept and guideline for national policy.

In social terms, Bhutan has made significant progress over the past two decades. Extreme poverty, for instance, has declined significantly. Despite its economic growth, Bhutan remains one of only two carbon neutral countries in the world. Thanks to its successful socio-economic development, Bhutan is expected to transition to a middle-income status in 2023. Due to this graduation, Austrian Development Cooperation will phase out assistance at the end of 2023.

Bhutan chose Austria as a development partner in areas where the Alpine republic can draw on extensive know-how, such as renewable energy, forestry and agriculture or tourism. Austria was heavily involved in the construction of the Rangjung and Basochhu hydropower stations and assisted with technical expertise and loan finance in building the hydropower station in Dagachu. Furthermore, Austria supported a government initiative to advance the electrification of rural areas. More than 2,350 people have benefited from this initiative.

Aside from electricity exports, eco-tourism is an economic mainstay of Bhutan. Between 2010 and 2016, tourism professionals were trained in a modern, well-equipped school of hospitality and tourism. Since 2017, vocational students also have had the opportunity to acquire practical skills while working in the adjacent four-star hotel.

Moreover, Austria supports the Kingdom of Bhutan in consolidating its young rule of law regime: It assists in constructing courthouses and training judges and court officers. Also, ADA supports the establishment of the Jigme Singye Wangchuck School of Law (JSW Law), the first faculty of law in Bhutan. The project is by far the biggest in the legal sector and started in 2019. It facilitates enhanced access to legal advice and other services in the legal sector particularly for women, children and people with disabilities. 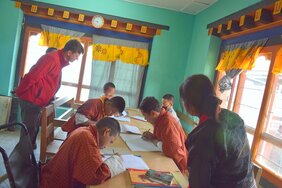 Children and youth with disabilities gain education and life skills. 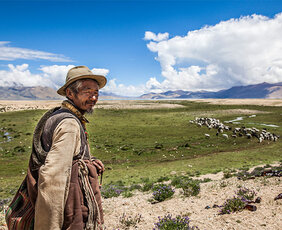 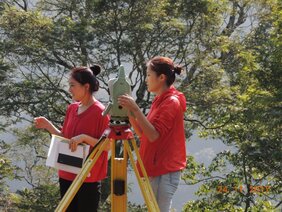 Alpine Knowledge for the Himalayas

Two mountainous nations exchange views: With the support from Austrian Development Cooperation, Bhutan ameliorates the safety and quality of its hydroelectric power plants and, in this way, secures…