There are around 2.3 billion children and adolescents under the age of 18, which is almost one-third of the world's population; including the age group up to 25 years old, they represent almost 41%. In several partner countries of Austrian Development Cooperation, such as Uganda, Burkina Faso and Mozambique, young people represent the majority of the population

Projects and programmes for the protection and promotion of the rights of children and youth are based on the United Nations Convention on the Rights of the Child. This convention stipulates respect for four core principles: the right of the child to life, protection from discrimination, the best interests of the child and the right to participation.

Eighty per cent of persons with disabilities live in developing countries and one in five of the poorest people in the world is disabled. In pursuit of the principle of ‘Nothing about us without us’, Austrian Development Cooperation adopts an inclusive approach and promotes in particular the participation, equal rights and empowerment of persons with disabilities. Key elements here are respect for dignity and individual autonomy, accessibility, equal opportunities, respect for the developing abilities of children with disabilities and for their right to preserve their identity. 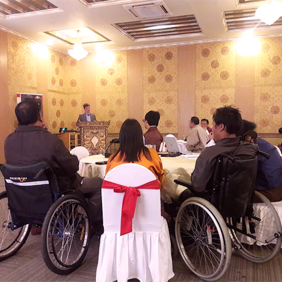 Welcome to the E-Learning

In pursuit of the principle of ‘Nothing about us without us’, ADA adopts an inclusive approach and promotes the participation, equal rights and empowerment of persons with disabilities. 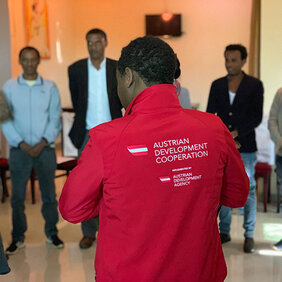 How to Bridge the Gap: Austria Promotes the Rights of Persons With Disabilities

The EU-funded project "Bridging the Gap" aims to strengthen the rights of persons with disabilities in developing countries. ADA is currently implementing the initiative in Ethiopia. 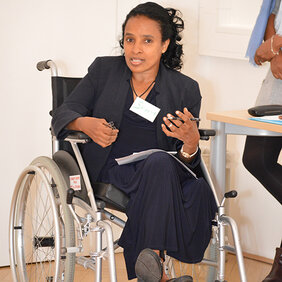 Leave No One Behind – Living Inclusion

The project "Bridging the Gap" of the European Union (EU) aims to enshrine the rights of people with disabilities in development cooperation.