Choosing the pigsty over the big city life

Georgia aims to modernize its agricultural sector. The Austrian Development Agency supports its partner country in accomplishing this goal with a large-scale program on sustainable food security and rural development. For Georgia, which is among the poorest nations in Eastern Europe, this means another step towards realizing the UN Sustainable Development Goals.

Nika Kawlashwili is a pig farmer in the mountainous region of Racha, where he produces ham. He established his business together with his sons a few years ago. "There are actually not many young people living in this area any more. Everyone prefers to live in the big cities." The farmer considers himself fortunate, though: His children support him in modernizing the farm.

The project "Marketing Ham from Racha" enabled Mr. Kawlashwili and his family to receive funds to expand their farm. The initiative was part of a larger program funded by the Austrian Development Agency (ADA) in Georgia and implemented by the Food and Agricultural Organization of the United Nations (FAO).

Its aim was to boost Georgia's agriculture sustainably and improve food security. Activities included the creation of a national agricultural strategy, manuals and training sessions on fruit cultivation. At the same time, the program contributed to realizing eight different Sustainable Development Goals (SDGs) out of 17 goals in total. The international community is committed to implementing the 17 SDGs by 2030. These ambitious goals will guarantee a life in dignity in an intact environment for all. With the agricultural program in Georgia, FAO and ADA are contributing to various goals. The pig project in Racha contributed to SDG 2 (food security and sustainable agriculture) and SDG 8 (economic growth) in particular.

New jobs in the country side...

The area of Racha is situated in a mountainous region in the northwest of Georgia. Agriculture is the main source of income there. The majority of farmers either cultivate fruit and wine or work in cattle breeding. But there is shortage of workforce due to the high rural migration. This is exactly where ADA's project stepped in - today, many farmers have a better job and an improved quality of life.

Altogether, 60 farmers received funds and modern equipment. At the same time, they were trained to improve the healthand hygiene standards in pig farming and ham production. However, there are not only farmers like Nika Kawlashwili, who expanded his business and opened a smokehouse, who benefit from the project activities. Numerous applicants from other agricultural sectors such as mushroom or wine cultivation received support. Giorgi Chelidze is one of them. The vintner is currently studying at an agricultural university. In a few years, he plans to return to Racha to expand the family's wine business: "With FAO's support we will not only make Georgian wine more famous in our own country but also abroad." Georgia, "the cradle of wine", is the perfect starting place for such ambitious plans.

A new law is key

A core element in the program supported by ADA is a new law that counters fake seeding material. This law - in cooperation with a public certification authority and a research laboratory - plays a vital role in ensuring nutrition and food supply in Georgia and contributes to the implementation of SDGs in Georgia. 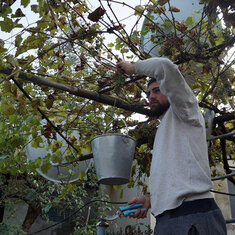 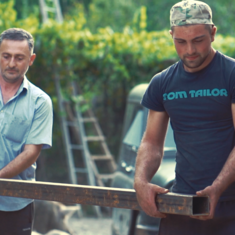 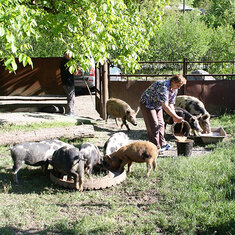