Amount of project funding per topic
Number of projects 15
Sum of contract amounts 19.819.215
people benefit from projects in the field of . (Multiple counts can not be excluded)

Due to ongoing political instability, the economic and social situation of people in the Republic of Moldova has hardly improved in recent years. In rural areas, many people still live far below the poverty line – most notably old people, women and children. Thus, Moldova remains one of the poorest countries in Europe.

The latest figures from the United Nations confirm that in Moldova the chasm between rich and poor is consistently widening and resulting in social inequalities, especially in education, health and income.

The Republic of Moldova has been a priority country of Austrian Development Cooperation since 2004. Austria’s cooperation with the country is based on the bilateral country strategy 2016 - 2020 and the Strategic Framework of the European Union (EU).

ADA focuses on projects in water supply and wastewater disposal, environmental protection and climate change, economic development and employment. Promoting Vocational Education and Training (VET) is at the core of its activities. It aims to enable young people to find better jobs and to create a future in their home country. Emigration, especially rural depopulation, is a major issue in Moldova.

Reducing poverty and creating new perspectives in rural areas are the declared aims of the cooperation.

In addition to Austrian funds, ADA implements EU aid. Together, EU and ADA contribute to a sustainable rural development in Moldova by providing a state-of-the-art water and wastewater infrastructure and by promoting a modern GMO-free soybean production in Cantemir, a city in one of the poorest regions in the south of Moldova.

Drinking tap water was something rather unusual in the Moldovan city Cantemir until recently, a functioning sewage system even more so. Thanks to the European Union and Austria, the city is on a good… 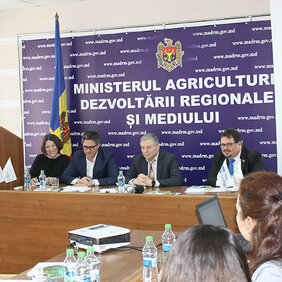 How can we reduce the impact of climate change and find sustainable pathways for development? An ADA-funded project in Moldova is trying to find the answers. 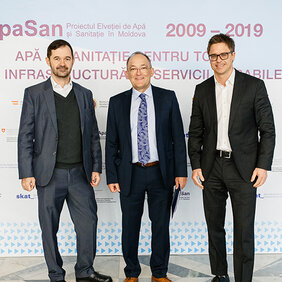 Water for All in Moldova

The project ApaSan is celebrating its 10th anniversary. The living standards and overall health of the rural population remain the most valuable aspects to consider when constructing drinking water… 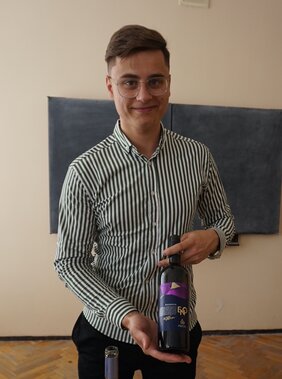 Towards an optimistic future

In Moldova‘s vocational schools, a sense of confidence is in the air. Modernised curricula and practical training help young people find jobs and build a life in their home country.