"Due to the COVID-19 pandemic, we currently find ourselves at a moment of heightened awareness of the need for access to safe water and personal hygiene. It is therefore vital that we achieve access to safe water for all as stipulated in the sixth of the 17 Sustainable Development Goals," emphasized the head of the Austrian Development Cooperation’s Office in Kampala, Roswitha Kremser.

SDG 6 and its target of improving access to safe water on a global scale remains a top priority of Austrian Development Corporation. Recent data of the United Nations Children’s Fund (UNICEF) and the World Health Organization (WHO) revealed that about 2.2 billion people worldwide lack access to a safely managed drinking water source.

In addition, 785 million people do not have access to an improved water source, such as a piped household water connection, a protected borehole or a protected spring. Figures for safe access to water in Uganda vary from 69% to 79% at rural and urban levels. These figures clearly reveal that considerable investment is needed in the Ugandan water sector if universal access to safe water and sanitation is to be achieved by 2030.

Over the years, the European Union and Austrian Development Cooperation established an excellent partnership with the Government of Uganda in supporting efforts of improved water supply and sanitation for the Ugandan people. Currently, Austria and the EU are working together with the Ugandan Ministry of Water and Environment to improve access to water and sanitation in refugee settlements and host communities in Northern Uganda.

The project is funded as part of the EU Emergency Trust Fund for Africa, which was established by the European Union and its member states to address the root causes of irregular migration and forced displacement. The project in Uganda was launched as a response to the spike of the refugee community in Uganda, which saw the numbers of refugees from neighbouring South Sudan, the Democratic Republic of the Congo, Somalia, Burundi and other countries increase from 200,000 in 2014 to over one million in 2017.

The initiative is part of a bigger support programme for refugee settlements and their host communities in Northern Uganda. With a total project sum of 4.9 million euros, and starting in December 2016, the project runs over a period of four years. It aims to relieve the living conditions of 145,000 people in refugee settlements and their host communities in the districts of Kiryandongo, Adjumani, Yumbe and Arua. Eight piped water supply systems and a faecal sludge treatment plant will be constructed until the end of 2020.

Currently, the COVID-19 pandemic clearly highlights the importance of access to safe water. The very simple but often disregarded act of hand washing with soap is globally promoted as the best safeguard against transmission of the coronavirus. As a consequence, all those who lack sustainable access to water are especially at risk. The need for investment in the water sector has never been more urgent than now. Austrian Development Cooperation remains committed to working together with its partners in order to achieve access to safe water for all by 2030 – or even before. 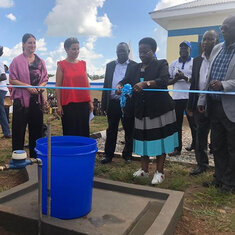 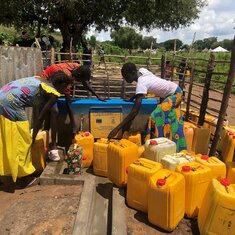 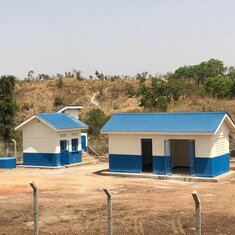 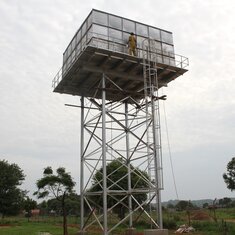